Nursing as a complex intervention

Nursing, Research and the Evidence for Practice

EANS is leading the drive to re-focus nursing research activity and develop knowledge for nursing that is both useful and that can be readily translated into practice. Our intention is to ensure that mixed research methods will become the norm in research into nursing. The complexity of nursing will be recognised explicitly in research programmes which will become increasingly multi-state, multi-disciplinary and programmatic. The main vehicle for doing this is the REFLECTION Research Network Programme, funded by research councils from eight different European countries under the umbrella of the European Science Foundation.

This programme of research is driven by a series of recent editorials by Hallberg (2006; 2009), who has challenged nursing researchers to re-focus their activities to develop knowledge for nursing that is useful for practice and that can be translated into practice. She characterises most current nursing research as: descriptive rather than experimental; cross-sectional rather than longitudinal; context specific rather than generalisable; and introspective rather than implementation focused.

Nursing, however, is a complex activity. Developing an evidence base is a considerable challenge. Over the last ten years, a great deal of thought has been given to research methods which investigate how to develop and determine the efficacy of ‘complex interventions’ (MRC 2000; 2008). Complex interventions are usually described as activities that contain a number of component parts with the potential for interactions between them which, when applied to the intended target population, produce a range of possible and variable outcomes. This definition fits nursing perfectly. Recently, the recommended research approach to complexity in health care delivery is that complex interventions should be investigated through an integrated process of development, feasibility/ piloting, evaluation and implementation, where there is a non-linear and dynamic interchange between stages.

Currently, few research programmes into nursing activity have taken this perspective. Reviews of nursing research show that it is mainly fragmented, non-programmatic, context bound and descriptive. Many nurse researchers lack the knowledge, skills, infrastructure and finance to undertake research which is programmatic, multidisciplinary, theory based and integrated. The specific methodological experience and culture within nursing research departments – traditions often established by senior researchers or advisors – may determine what younger researchers do, rather than what knowledge is needed to inform practice. Methodological experience and expertise may be limited, in part due to a lack of exposure to multi-disciplinary research methods and to a lack of access to modern research practice training. The next generation of researchers into nursing must be equipped with knowledge and skills which the current generation has not had access to. 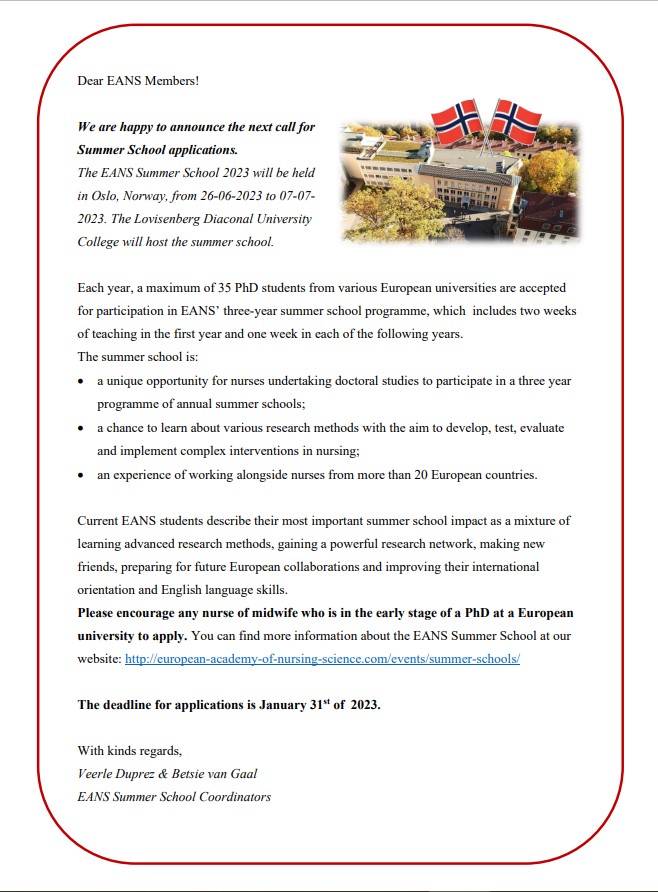 Using the form below you can submit a new post to. This will be reviewed and once approved visible by all members.

You need to be logged in to use this form

Using the form below you can submit a new abstract to this event. This will be reviewed and you will be contacted shortly after submission.